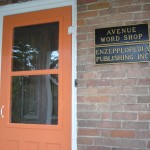 “Do purple cows give chocolate milk?”

What an odd question for our math teacher to have asked us! Some of us immediately scoffed, “No way!” while the more thoughtful among us stroked our chins, pondered it deeply and believed anything might be possible.

It was an exercise in logic. One of those “Catch-22”, damned-if-you-do-or-don’t scenarios because, no matter which answer you gave, the response depended absolutely on the very existence of a purple cow in the first place.

Have you ever SEEN a purple cow? If not, then how could you know for sure that it would NOT give chocolate milk? And if you HAVE seen a purple cow, did you milk it and get chocolate?

(Keep in mind this was in the ‘60s. If you had seen a purple cow, you were ingesting something stronger than milk…)

This was many years before marketing master, Seth Godin, came along and penned his book, The Purple Cow. Now there are purple cows in business everywhere, although the herd is much thinner than Mr. Godin would like.

What IS a Purple Cow?

Simply put, it’s a remarkable animal. One that really IS outstanding in its field and commands your notice. At least until that inevitable day when there are so many of them, the original one is lost again in the crowd and is forced to reinvent itself.

Apple. Nike. Starbucks. Nordstrom’s. IKEA. These are among today’s better known purple cows. Seth’s book also talks about much less famous companies that sell unusual products, such as the world’s loudest car sound system or the most expensive yo-yos.

He contends that the days of mass marketing to a homogenous middle-of-the-road group are over.

Every business owner is a potential purple cow. Why? Because we all have unique talents, skills and experiences no one else on Earth has.

Rather than trying to conform or fit the mould and be all things to all people, we should be celebrating – and promoting – our very purpleness.

Someone recently asked me why I didn’t want to register my house (circa 1834) as a heritage home. Several reasons.

I don’t want to be listed in a tourism brochure or have any more strangers appear at my door than I already have.

Most of all, I don’t want the members of some faceless commission telling me I can’t paint my door purple. Or Enzepplopedia orange (which I have done – see picture).

Tell us about the last time you saw a purple cow.
What can you do to make your business remarkable? 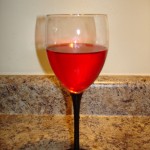 Yes, it’s that old chestnut. Is the glass half full or half empty? Your answer is supposed to determine whether you’re an optimist or a pessimist.

Creative, lateral thinker (or absolute contrarian) that I am, when I first heard this, I thought it was a trick question.

Isn’t it obvious that the glass is COMPLETELY full?

It’s half full of wine and half full of air. Just because you can’t see the air doesn’t mean it isn’t there. (Wow – a triple negative that still makes sense!).

Scientifically, we can prove it’s there by lighting a match and holding it inside the glass. No air, no flame. But there it burns.

We can also take it on faith that there must be air inside the glass. We can’t see, smell, hear, taste or feel the air above the wine but it’s easy and natural for us to believe with all our hearts that it’s there.

In fact, someone would have a very hard time trying to convince us otherwise.

What has this got to do with you, as a business owner?

The news, our colleagues, the market – everyone seems full of economic doom and gloom these days. So are you seeing the glass half full, half empty or completely full?

Don’t forget about the air.

The air’s invisible but not one of us can survive without it. Ever-abundant, it’s there whenever we need it. Sometimes it smells fresh and clean. Other times, meh! Not so much. But we can’t escape it and we’d die if we did.

Isn’t that just like opportunity? It’s all around us. We can’t always sense it physically, but awareness will keep us alert to its presence. Whether the wine is delicious or sour, the air will take on its character close to the source but quickly change with distance.

Just as taking a step back and changing our perspective will let us see the opportunity and abundance that surround us that we may be about to miss.

Let’s stop focussing on the wine (or product or service). Let’s start looking for the invisible opportunities above that and outside our own glass. Let’s go clink some other glasses and engage their owners in conversation.

If we all work on creating the right atmosphere – one of true conviviality and caring – our own glass will never be empty.

What opportunities have you seen lately?
Do you “see” the air now or did you always? 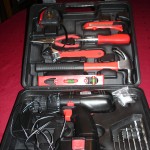 Are we tools if we use them? I think not!

I recently visited the George Eastman House in Rochester, New York. The stunning home of Kodak’s founder is an international museum of photography.

There was a fascinating exhibition not only of Norman Rockwell’s iconic illustrations but of the sketches, photos and equipment he used to create them.

In a video narrated by his son, Peter, we learned that Rockwell considered himself an illustrator rather than an artist, even though he had studied fine arts and complementary courses such as drawing human anatomy.

Illustrating the cover of the Saturday Evening Post was not an artistic endeavour as much as a production job, like that of reporters filing stories to deadline. Creativity on demand and on time!

Norman Rockwell put the new technologies of his day to work for him.

He started out by photographing models, but soon switched to enlisting friends and neighbours to pose for his black and white shots. Rockwell was a genius at coaxing expressions from his subjects and capturing them on Eastman’s Kodak film.

He sheepishly admitted to using a Balopticon to project his photos onto paper or canvas so that he could trace the images and fill them in with colour and detail.

Invented by another Rochester company, Bausch & Lomb, the Balopticon was also called a “magic lantern” – essentially a precursor to the modern slide projector.

Rockwell had a love/hate affair with his Balopticon. He found that it sped up the production process for him considerably but he felt obliged to hide it like a guilty secret whenever someone visited his studio!

These days, we all rely on our own tools of the trade, no matter what our particular field. Is a writer any less talented for using a computer keyboard instead of putting pen to paper? An accountant who used an abacus instead of Excel would probably be hurting for clients.

Social media, email, smartphones, apps – these are the working tools of today’s business people. Problems arise when we forget that they are only tools. They can’t replace the human element. They’re meant to serve us, not the other way around.

Excessive use of tools can lead to the atrophy of those “muscles” we need to keep flexing now more than ever: imagination, compassion, humour.

What are the tools of your trade?
Who masters whom? 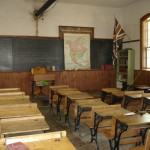 As a kid, I loved that first day back to school. As an adult, I always dreaded it. And I don’t even have kids!

Traffic that day in Toronto was always hectic, snarled and dangerous. Frantic parents running late, swilling coffee on the go, calling the office on their cell phones and chauffeuring their little ones to class.

And forgetting how to play nice with other drivers.

As business owners, we know that every day is like back to school because the world is changing so quickly. The learning never stops.

How do you keep up?

I try to by reading, subscribing to info-rich blogs and taking online courses on things I don’t understand as well as I should. There’s a ton of information available out there. Unfortunately, not all of it’s good, or even correct. You have to be choosy.

Too much information can be just as overwhelming as total ignorance. It leads to the dreaded “analysis paralysis”. Sometimes, I have to chant my mantra: “Less think, more do”.

Other times, the cloud computer that is my brain, really surprises me. Like yesterday. Someone who has written an e-book wanted to know if they needed a website to promote it.

The question took me aback and made me feel like Simon Cowell, on an episode of Britain’s Got Talent. A young contestant named Greg Pritchard came out and sang the operatic aria Nessun Dorma – in a woman’s beautiful soprano voice! He absolutely nailed it.

It stunned the judges because the female voice was so unexpected coming from an obvious male. Simon admitted being puzzled and said, “Well, it’s rather like hearing a dog meow, isn’t it? Would I like to hear a dog meow? Yeah, I suppose I might…”

An e-book without a website? Well, it’s rather like opening a car repair business without owning a garage, isn’t it?

Suddenly, all that stuff I’d been cramming into my cranium swirled and settled into some cohesive patterns. Synapses were making unexpected connections.

There’s always an answer, if you’re smart enough to find it. So yes, I decided it just might be possible to promote an e-book without having a website. And I proceeded to explain how.

We all know ‘way more than we think. And a lot less, too.

It’s never too late to go back to school.

What have you learned that you never ever expected to use in your business but did?