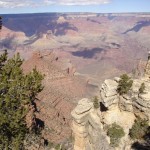 It was posted, Tweeted, reTweeted and generally bandied about cyberspace ad nauseum. Hallelujah! I thought I was among the few who still cared about spelling and grammar. (After all, I still have that Kennedy half-dollar I won for perfect spelling all year in Grade 3).

Apparently not! The day the article was posted, the BBC received over 600 comments within hours.

Mr. Coughlan reported on the findings of entrepreneur and Director of the Just Say Please Group, Charles Duncombe. Although based on internet sales in the United Kingdom, Mr. Duncombe’s statistics and conclusions should make any online business owner sit up and take notice. Here are the highlights:

A single spelling mistake can cut online sales in half

In May, I posted my own rant about companies putting the “k” in “kuality”. Spelling errors, misplaced decimals and the mishandling of sensitive information combine to create justified scepticism among consumers, many of whom are already wary of shopping online.

E-business people from solopreneurs to multinationals make these mistakes. What I find even more disheartening is how many spelling errors I see on the websites of professional journalists, writers, editors and proofreaders. We know better. At least, we should.

During the Vancouver Olympics, I read a feature article about the Canadian men’s curling team, posted online by our “national” newspaper, The Globe and Mail. Not only was it rife with spelling errors, it clearly showed that neither the sports writer nor his editor knew his broom from his button. Even a novice curler would have picked up on the inaccurate terminology.

On its home page, a local graphic arts studio discusses the importance of creating a good first impression. There are no fewer than five spelling mistakes in the first paragraph. Would YOU do business with this company? (I might – but only to offer my services as a proofreader!).

What’s an Online Merchant to Do?

1) Be aware of how spelling errors can erode credibility and cause you to lose sales.

2) Run all your text through a spell-checker program before you publish it but understand that this is far from perfect. It will not catch contextual or semantic errors. Language is too complicated and nuanced. For example, “there”, “their” and “they’re” may all be spelled correctly but only one of those is right for its job in the sentence.

3) Have someone else read your material. Even professional writers can benefit from having a second set of eyes review their work.

4) Understand that, just because your native tongue is English and you’re not illiterate, you’re NOT a qualified editor or proofreader. Both require special talents, skills and very specific training.

One of the reasons we often miss the simplest spelling mistakes is because our brain knows what should be there, so it fills it in no matter what our eyes actually see. I can feel a physical shift in my perception when I proofread. It’s like looking at an optical illusion. If you look at it one way, you see one thing but you can see something else altogether by concentrating your gaze in a different direction.

5) Retain a competent writer, editor and/or proofreader according to the job. If, as Mr. Duncombe discovered, a single spelling mistake can reduce your online sales by 50%, it’s a small investment that can pay big dividends in revenue and credibility.

If you haven’t read the post I mentioned, please do! It’s a funny story and a cautionary tale.

About the photo…Proofreading is like your first view of the Grand Canyon. Your brain can’t quite take in what your eyes are seeing.

How do you feel about the current state of literacy, online and off?
Have you ever decided NOT to deal with a company whose website had spelling mistakes?